Full Name
Tim Howard
Job Title
Director, CEVAC Operations and Development
Company
Clemson University
Speaker Bio
Tim Howard currently serves as the Director for Watt Center Operations. Specifically, Howard is responsible for infrastructure and sustainability initiatives. Howard has been with the Watt Center for 12 years, holding this most recent position for the past 5 years.
Howard has held previous roles within the Watt Family Innovation Center of Program Manager, where he led the Innovation Center Electronic System Developments, and Project Manager, where he managed up to six projects concurrently. Projects ranged from system implementation, technology implementation, to student mentoring. Tim also serves on the leadership team for the Clemson Energy Visualization and Analytics Center (CEVAC) since 2019.
Previously, Howard was the Director of Corporate Quality for Infor Global Solutions for 8 years, where he became a certified American Society for Quality (ASQ) auditor and was responsible for conducting both internal and external quality audits. His responsibilities also included managing the automation team responsible for testing the various software products reducing the test time from 2 weeks to 8 hours.
Prior to working at Infor, Howard was the Director of InSync products at Integrated Support Systems (ISS) for 6 years. He was responsible for marketing and selling InSync worldwide. His roles included sales engineering, product consulting, training, and creating implementation plans for InSync.
Tim started his career working for Westland Helicopters. Initially as a software engineer and progressing to lead the team in the selection, implementation, and modification, as needed, for a system to manage the configuration management for the EH101 aircraft, now known as the AW101, a $21M aircraft. This would include the four main Bill of Materials (BOM) as well as change and audit management, in accordance with the MOD/DOD standards.
Speaking At
"Driving Energy Innovation with Data Analytics at Clemson University" 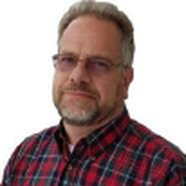